BIPA stands against all forms of racism.

BIPA has a memorandum of understanding (MoU) with Indian Psychiatric Society (IPS). Several of our members have lead national and International projects in psychiatry and are actively involved in increasing awareness of mental health issues as well as delivering mental health services in U.K.

We are sensitive to the cultural needs of mental health service users from BAME populations and strive to increase awareness of mental health in and work closely with other organizations to address inequality.

BIPA offers educational, training, networking opportunities for professionals working in mental health and provides a scientific platform for an exchange of ideas between U.K. and India.

We are encouraging medical students and trainee psychiatrists to join BIPA family and take the right steps in not only surviving but thriving as a psychiatrist in U.K.

Although psychiatrists of Indian origin were playing a vital role in clinical and academic psychiatry in U.K. until the mid-1990s, there was no professional body to provide a platform for mutual support, encouragement and share clinical expertise and experience.

If you are interested in joining BIPA, please complete the membership form and send it to enquiries@bipa.org.uk

WE STAND AGAINST RACISM...British Indian Psychiatric Association (BIPA) and its members strongly condemn the recent incident which appears to be a hate crime targeting a Sikh student in Telford.  BIPA stands along with the young person and his family and shares the pain of this physical and emotional assault.  It is tragic that racial discrimination still continues to be a part of everyday British life.  The damage caused by such incidents is significant and can last for a long time.  As a mental health charity, we understand the role of early life experiences in shaping young minds.  We are committed to working with communities and other organisations to root out the evil of racism from our midst and create a more equitable society. 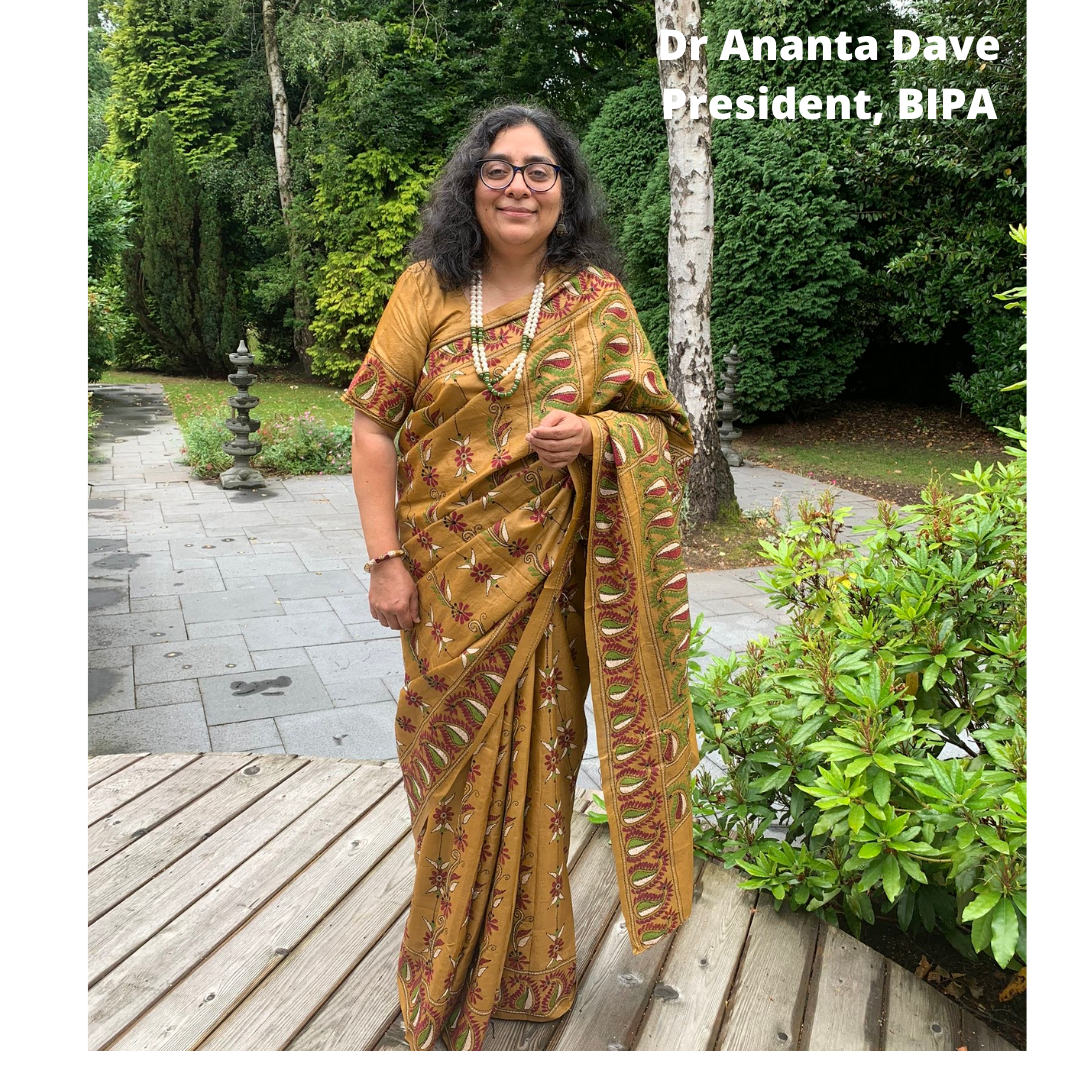 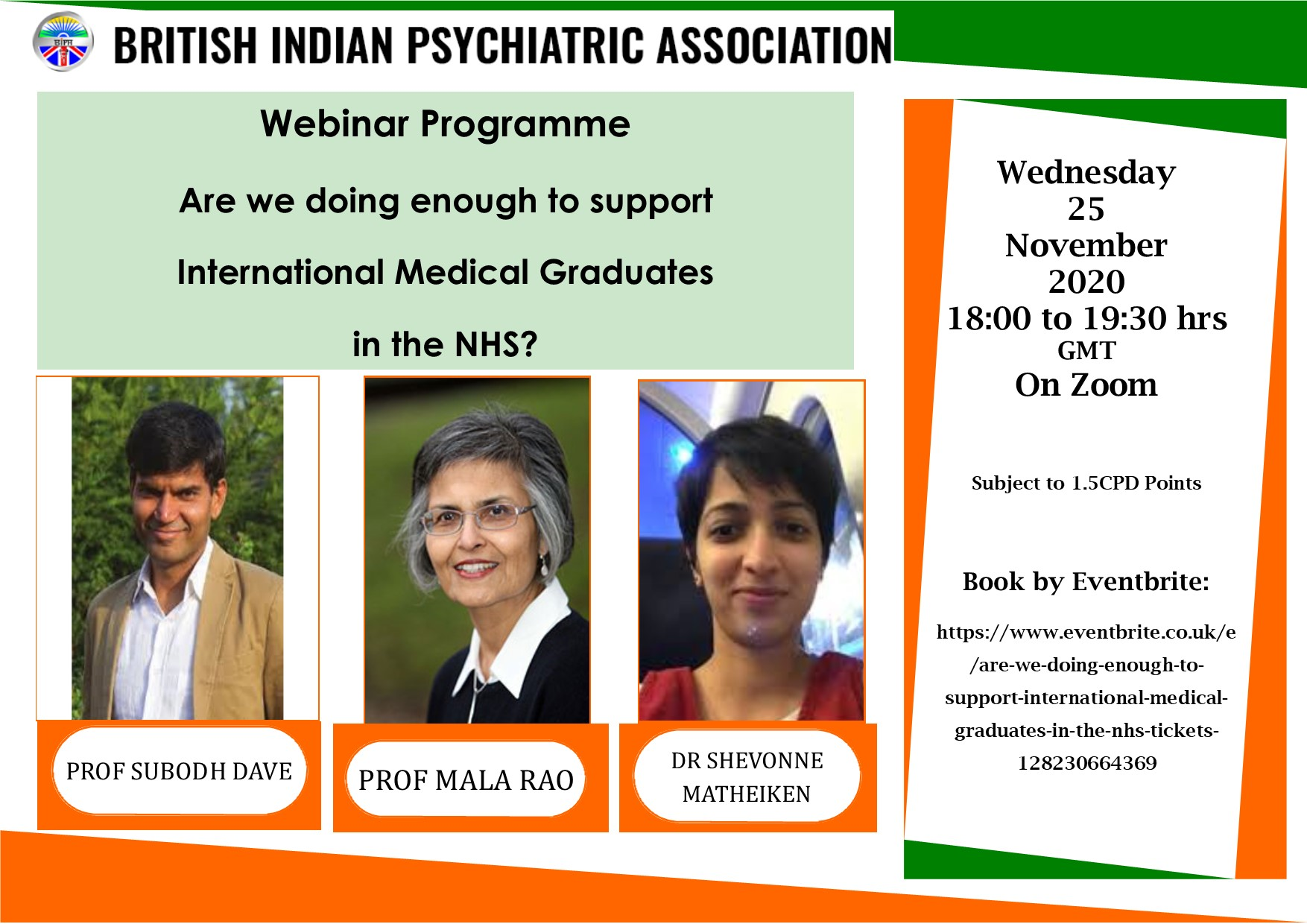 Are we doing enough to support International Medical Graduates in the NHS? 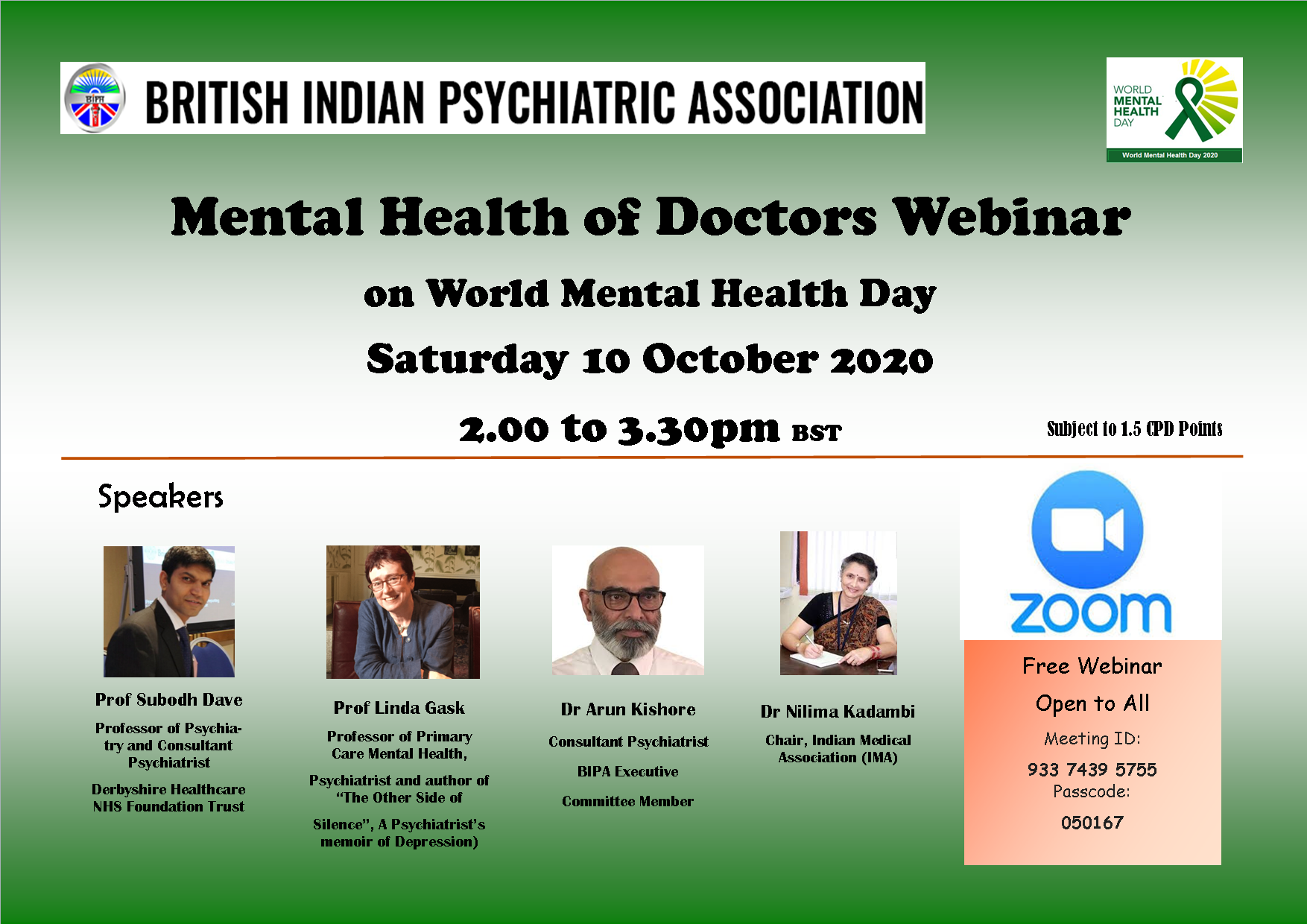 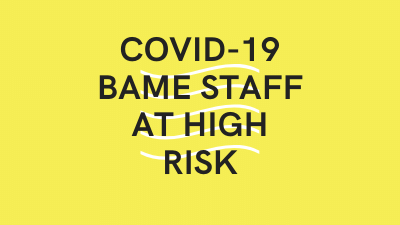 BIPA in the Social Media